Huawei Technologies Co., the Chinese tech giant embroiled in President Trump’s trade war with China and blacklisted as a national security threat, secretly helped the North Korean government build and maintain the country’s commercial wireless network, according to internal documents obtained by The Washington Post and people familiar with the arrangement.

Huawei partnered with a Chinese state-owned firm, Panda International Information Technology Co. Ltd., on a variety of projects there spanning at least eight years, according to past work orders, contracts and detailed spreadsheets taken from a database that charts the company’s telecom operations worldwide. The arrangement made it difficult to discern Huawei’s involvement.

Taken together, the revelations raise questions about whether Huawei, which has used American technology in its components, violated U.S. export controls to furnish equipment to North Korea, where the isolated regime has faced extensive international sanctions over its nuclear weapons program and human rights abuses.

The Commerce Department, which declined to comment, has investigated alleged links between Huawei and North Korea since 2016 but has never publicly connected the two. Its probe remains active, however. Separately, the Justice Department has charged Huawei with bank fraud and violations of U.S. sanctions on Iran. The company has pleaded not guilty.

In a statement, Huawei said it “has no business presence” in North Korea. Spokesman Joe Kelly declined, however, to address detailed questions, including whether Huawei had conducted business there in the past, either directly or indirectly. He did not dispute the authenticity of documents shared with the company, though he also declined to verify them.

“Huawei is fully committed to comply with all applicable laws and regulations in the countries and regions where we operate, including all export control and sanction laws and regulations” of the United Nations, United States and European Union, the statement says.

A spokeswoman for Panda Group, the state-owned parent company for Panda International, declined to comment.

Discovery of a link between North Korea and Huawei, whose activities, ambitions and suspected ties to the Chinese government have alarmed U.S. and European security officials, is likely to fuel even deeper suspicion among Western nations contemplating whether to ban the company, in full or in part, from their next-generation 5G wireless networks. It comes, too, at a particularly vulnerable moment for the Trump administration, which remains at odds with Beijing over trade, and as the president seeks to restart nuclear negotiations with North Korean leader Kim Jong Un.

“Just the fact that you’ve got a Huawei-North Korea connection is bound to raise political and diplomatic hackles in Washington, if nothing else,” said Evans J.R. Revere, a former State Department official focused on East Asia. “Just when you thought the U.S.-China relationship couldn’t get more complicated, and the U.S.-North Korea relationship couldn’t get more complicated, you have this instance of China and North Korea working together to enable Korea to make strides in an area of potentially sensitive technology.”

[U.S. pushes hard for a ban on Huawei in Europe, but the firm’s 5G prices are nearly irresistible]
A current senior State Department official, who, like others interviewed for this report, spoke on the condition of anonymity to discuss sensitive information, summarized the administration’s frustration.

“All of this fits into a general concern we have about corporate responsibility and a company like Huawei that is not trustworthy because of its company culture and numerous incidents indicating a willingness to evade or outright violate laws,” the official said. “Working with regimes like North Korea, who deprive individuals on a regular basis of their basic human rights, raises concern.”

A visit to China

Since its founding in 1987 by a former engineer with the People’s Liberation Army, Huawei has grown from a humble phone switch maker into an icon of China’s technological prowess — the world’s largest telecom equipment manufacturer. Today, it is a “national champion” promoted by Beijing and does business in more than 170 countries.

Before 2008, North Korea struggled to find multinational companies willing to build a 3G network in such a risky business environment. That ended with the creation of the wireless provider Koryolink, which emerged from a discreet visit in 2006 by Kim’s father, Kim Jong Il, to Huawei’s headquarters in Shenzhen, China.

“This was the time that confirmed not only the top leadership’s interest in dealing with Huawei but pretty much revealed a choice of Huawei as the primary supplier of technology,” said Alexandre Mansourov, an adjunct professor at Georgetown University’s School of Foreign Service, who in 2011 wrote about North Korea’s digital transformation. “They decided to work with Huawei from that time on.”

[Huawei is in the crosshairs of the Trump administration. So why do so few Americans know about the smartphone giant?]

Koryolink was built through a 2008 joint venture of Orascom Telecom Holding, an Egyptian firm, and the state-owned Korea Post and Telecommunications Corp. Together, they were called CHEO Technology. Attempts to reach CHEO were unsuccessful.

A key player was Panda International, part of the storied electronics conglomerate Panda Group that has sometimes served China’s foreign policy. In 2001, for instance, during a visit to Havana, China’s president at the time, Jiang Zemin, gave Cuba 1 million Panda-made TV sets and introduced a company representative to Cuban leader Fidel Castro, who “excitedly shook hands and embraced” him, the firm recounts on its website.

Huawei worked closely with Panda, using it as the conduit to provide North Korea with base stations, antennas and other equipment needed to launch Koryolink, internal documents show. For years, Huawei and Panda employees worked out of an inexpensive hotel near Kim Il Sung Square in Pyongyang, according to a person familiar with the arrangement.

Huawei was involved in “network integration” and “software” services as well as at least one “expansion” project for Koryolink, the documents show. It also provided “managed service” and “network assurance” services. One current Huawei employee reached by The Post, Yin Chao, said he worked in 2012 and 2013 on Koryolink’s automated callback system, one of several improvements the company offered the North Koreans.

According to a 2008 contract, Panda would transport Huawei equipment to Dandong, a town in northeastern China known for cross-border trade. From there, it would be taken by rail into Pyongyang.

Internal documents show that Huawei has done business with a separate Chinese company, Dandong Kehua, which in November 2017 was sanctioned by the U.S. Treasury Department for exporting and importing goods to and from North Korea — trade seen by U.S. officials as financing Pyongyang’s nuclear and ballistic missile programs. Dandong Kehua has not publicly addressed the sanctions.

It is unclear what role, if any, Dandong Kehua played in Huawei’s dealings with North Korea and whether Huawei has done business with the company since it was sanctioned. Attempts to contact the firm were unsuccessful.

In internal company documents and among employees, Huawei referred to certain countries, such as North Korea, Iran and Syria, by code. North Korea, for instance, was listed as A9 in the project database.

“You’d run a query on the projects and you’d see Germany, United States, Mexico. Then instead of a country name, you’d see A5, A7, A9, and you’d say, ‘What’s that?’ ” said the former employee. “I assume it’s because they didn’t want to say ‘Iran’ or ‘Syria.’ ”

In a semiprivate online forum used by Huawei employees, one man reminisced last year about how he helped launch Koryolink in “A9” during the summer of 2008, before rushing back to China to offer tech support for the Beijing Olympics. In parentheses, the man wrote “chaoxian,” which means North Korea, in Roman letters — an apparent effort to avoid mentioning the country by name using Chinese characters.

Documents obtained by The Post also illustrate the North Koreans’ concern with foreign spying on regime officials and their family members who would be using Koryolink. In spring 2008, Orascom and Korea Post tasked Huawei with developing an encryption protocol for the network, noting that the government would create its own encryption algorithm, according to the documents.

“Both sides had common agreement that the ordinary people will use the international standard mobile phones and special users will use different mobile phones which will contain locally developed encrypted algorithm,” state the minutes of a 2008 meeting, a document signed by Korea Post’s chief engineer and an Orascom board member.

An encryption “test bed” was built by Huawei in Shenzhen, the documents show. According to two individuals familiar with the system, North Korea also intercepted and monitored all domestic and international calls.

Orascom was bought in 2011 by a Russian company, Vimpelcom, which spun off Koryolink to a newly created subsidiary. That firm is now called Orascom Investment Holding, which did not respond to requests for comment.

In 2014, the Commerce Department banned the export of U.S.-origin components to Panda, alleging it had furnished such parts to the Chinese military “and/or” to countries under U.S. sanctions. Since then, any company to provide Panda with telecom items intended for North Korea and containing at least 10 percent U.S.-origin content without a license would be in violation of the export ban.

Several experts, including the supply-chain analysis firm Interos, consider it to be likely that Huawei’s 3G equipment contained American components, though it is difficult to know whether it surpassed the 10-percent threshold outlined in export regulations.

Huawei was placed on the same Commerce Department blacklist in May, with officials citing the company’s alleged violations of U.S. sanctions on Iran. Huawei has denied violating export controls with regards to Iran or that it poses a security threat, saying that the Trump administration is targeting it for political reasons.

Huawei and Panda vacated their offices in Pyongyang during the first half of 2016, according to people familiar with the matter. In that period, efforts to impose more stringent U.S. and U.N. sanctions against North Korea were gaining momentum. Orascom obtained a U.N. waiver to operate the Koryolink joint venture in September 2018. Koryolink, according to a person familiar with the matter, operates today on aging equipment as Huawei no longer provides upgrades and maintenance.

U.S. officials served Huawei with a subpoena in 2016, demanding information on the export of American technology to sanctioned countries, including North Korea. If Huawei was found to have violated U.S. sanctions against North Korea, it could face additional export-control sanctions, civil penalties, forfeitures or criminal prosecution.

“North Korea is radioactive in the proliferation world because of international sanctions,” said James Mulvenon, an expert on Chinese economic espionage and general manager at the defense contractor SOS International. “Huawei wouldn’t want to be caught dealing directly with North Korea, so they work through other companies like Panda.”

The website for Panda International boasts of the company’s long-standing partnership with Huawei, collaboration that dates to 2007, it says — around the time of the Koryolink launch — spanning “various countries and product sectors.” Panda also notes that it is licensed by the Chinese government to “distribute foreign aid.”

A mobile telephone number listed on Panda’s website as its sales hotline was connected to a WeChat social media account selling Huawei products. The executive running the account, Andy Wang, declined to answer questions about its work in North Korea.

Panda’s headquarters in Beijing appears to be a bare-bones operation based out of a dingy commercial tower with a basement karaoke bar and a low-end nightclub. When a Post reporter visited one afternoon in July, the office was largely empty.

A Panda executive, who another employee said was responsible for media inquiries, refused to meet with the reporter and instead locked the office doors.

Shih reported from Beijing. Yuan Wang in Beijing, Heba Mahfouz in Cairo, Reed Albergotti in San Francisco and Julie Tate in Washington contributed to this report. 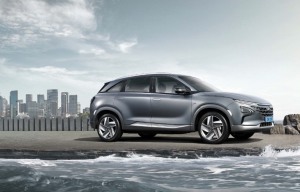 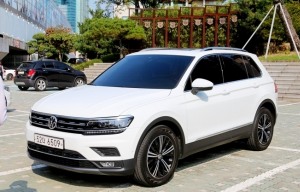 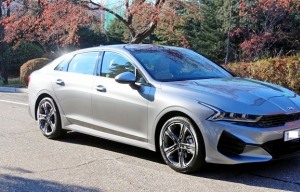 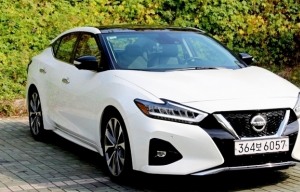